In Amazon-Watson case, question of who emailed Bezos gets answer – BusinessDen 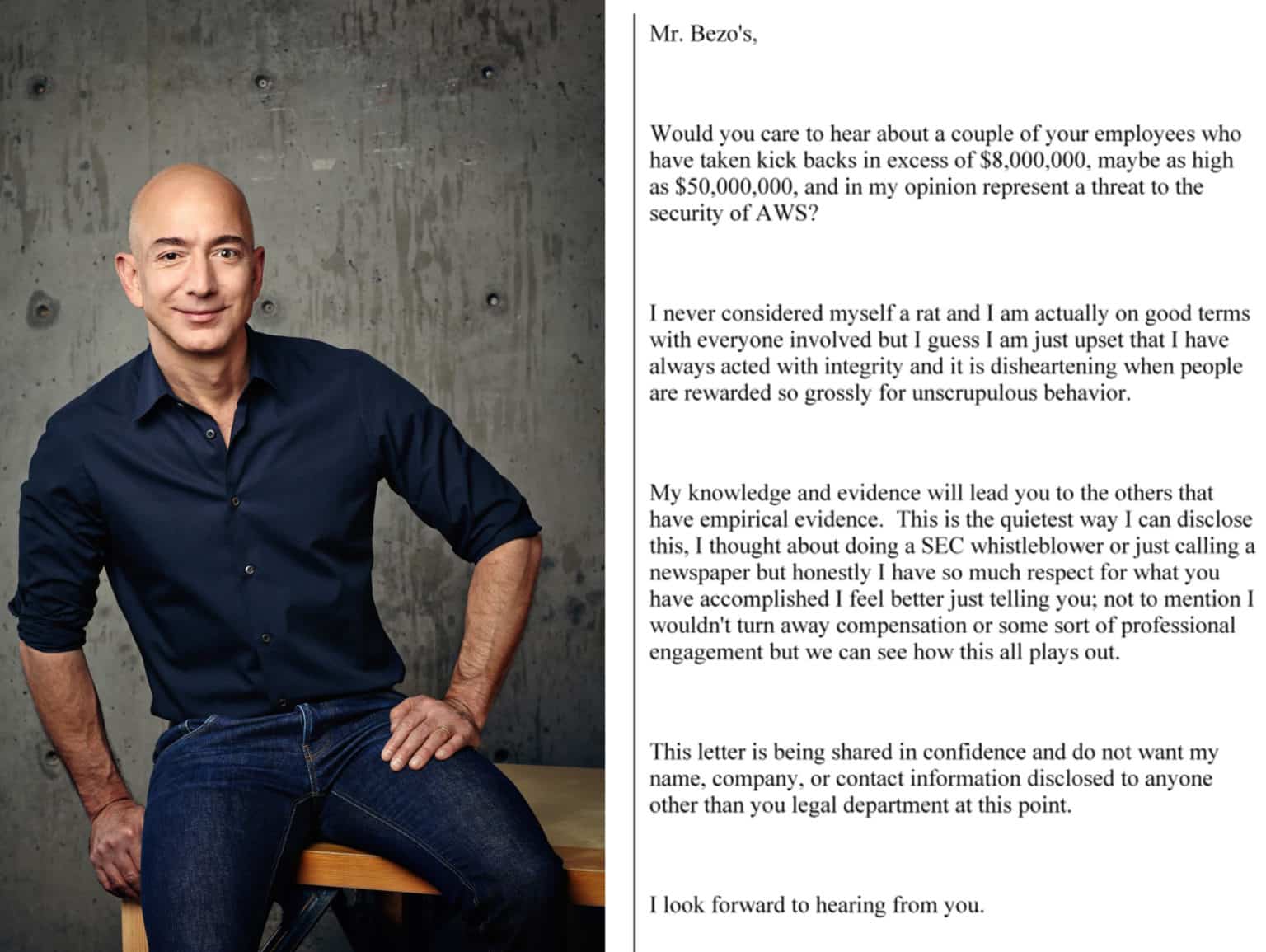 The email at right was sent to Amazon CEO Jeff Bezos in December 2019. (Images courtesy of Amazon and court records)

The email at right was sent to Amazon CEO Jeff Bezos in December 2019. (Images courtesy of Amazon and court records)
“I never considered myself a rat,” he wrote on Dec. 2, 2019. But Amazon’s actions would later frustrate him.
You must be a member to access BusinessDen’s exclusive reporting.
Your subscription has expired. Renew now by choosing a subscription below!
For more information, head over to your profile.
Profile
TERMS OF SERVICE:
ALL MEMBERSHIPS RENEW AUTOMATICALLY. YOU WILL BE CHARGED FOR A 1 YEAR MEMBERSHIP RENEWAL AT THE RATE IN EFFECT AT THAT TIME UNLESS YOU CANCEL YOUR MEMBERSHIP BY LOGGING IN OR BY CONTACTING AARON@BUSINESSDEN.COM.
ALL CHARGES FOR MONTHLY OR ANNUAL MEMBERSHIPS ARE NONREFUNDABLE.
EACH MEMBERSHIP WILL ONLY FUNCTION ON UP TO 3 MACHINES. ACCOUNTS ABUSING THAT LIMIT WILL BE DISCONTINUED.
Thomas covers commercial real estate and development. He is a graduate of the University of New Hampshire and previously worked as a business reporter at the Springfield News-Leader. Email him at thomas@BusinessDen.com.
Hilltop home inspired by 1935 film hits the market for $5M
Newmark rescinds accusation that Denver broker used ‘burner phone’
Carrot margarita? Barbed Wire Reef owner opening Cap Hill taco spot
Additional retail space proposed for Granite Tower downtown
© 2022 BusinessDen – All Rights Reserved
Update your browser to view this website correctly. Update my browser now
×