‘It’s a loss of hope,’ say Punjabi celebs who stand in solidarity with the family of Sidhu Moosewala – The Tribune India


Sheetal
Singer Sidhu Moosewala’s murder is being mourned by one and all. The fateful day of May 29 (295) has made dark cloud descend on the Punjabi industry. Be it films, shoots, songs or live shows, most events are put on pause till further notice. We take stock of this whole new self-lockdown situation. 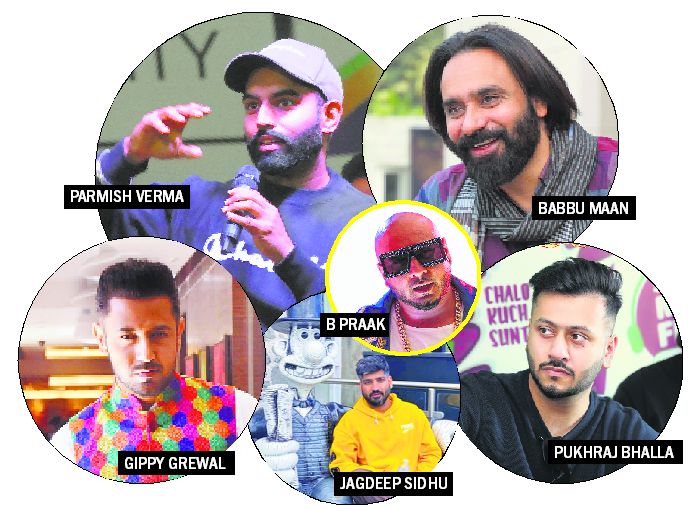 Changing dates
Ammy Virk and Sonam Bajwa’s film Sher Bagga was supposed to release this Friday but director Jagdeep Sidhu and producer Ammy Virk decided to postpone it. The Saunkan Saunkne actor on Sunday posted a note followed by a picture of him with late singer Sidhu on his Instagram stories. The Sunday marked a week since Moosewala’s demise. Ammy wrote, “As a team, we are supposed to meet you all at your nearest theatres on June 10 to celebrate cinema. But due to extremely sad and unfortunate time, we are not in the state of mind to celebrate this art form. Therefore, we have postponed the release of #SherBagga.”
After Dakuaan Da Munda 2, actor Dev Karaoud’s another sequel Shareek 2, starring Jimmy Shergill, which was to release on June 24 is now also on hold. Even the trailer, which was to hit the screen on June 2, was pulled back. 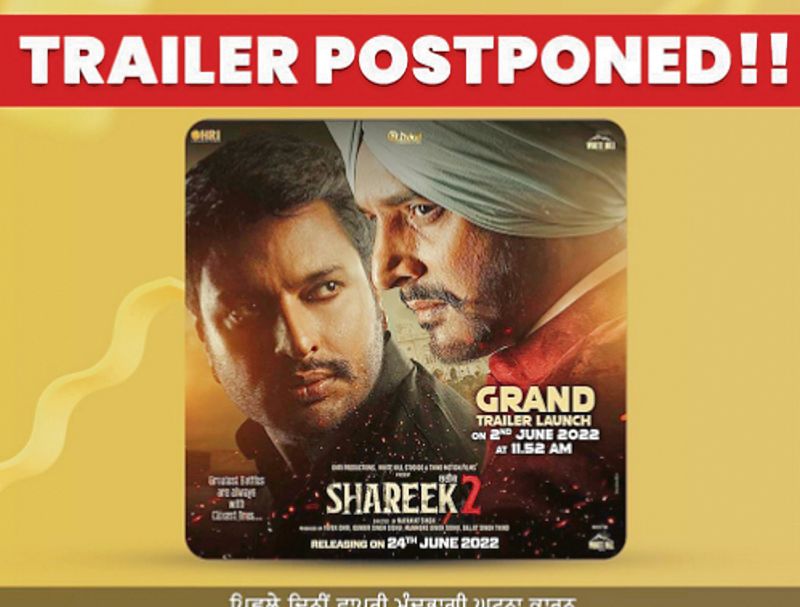 Stop shooting
Director Jagdeep Sidhu has delayed the shooting of his upcoming film Moh. Sharing a video message while lighting candles for Moosewala, he said, “It’s not just that Sidhu has gone. With him something in all of us has gone too. It’s a loss of hope, dream, aspiration and inspiration that Sidhu’s image, success and work had given the youngsters and artistes of Punjab.”
However, the director feels everyone has their own way of expressing grief and one should not pass judgement at the industry people going by whether they are working or not. “While some of us can afford to postpone the shoots, it’s not the case with everyone. The artiste is no more and there’s nothing we can do to bring him back but we need to stop calling out people for doing or not doing things the way we want without knowing their story,” he adds. 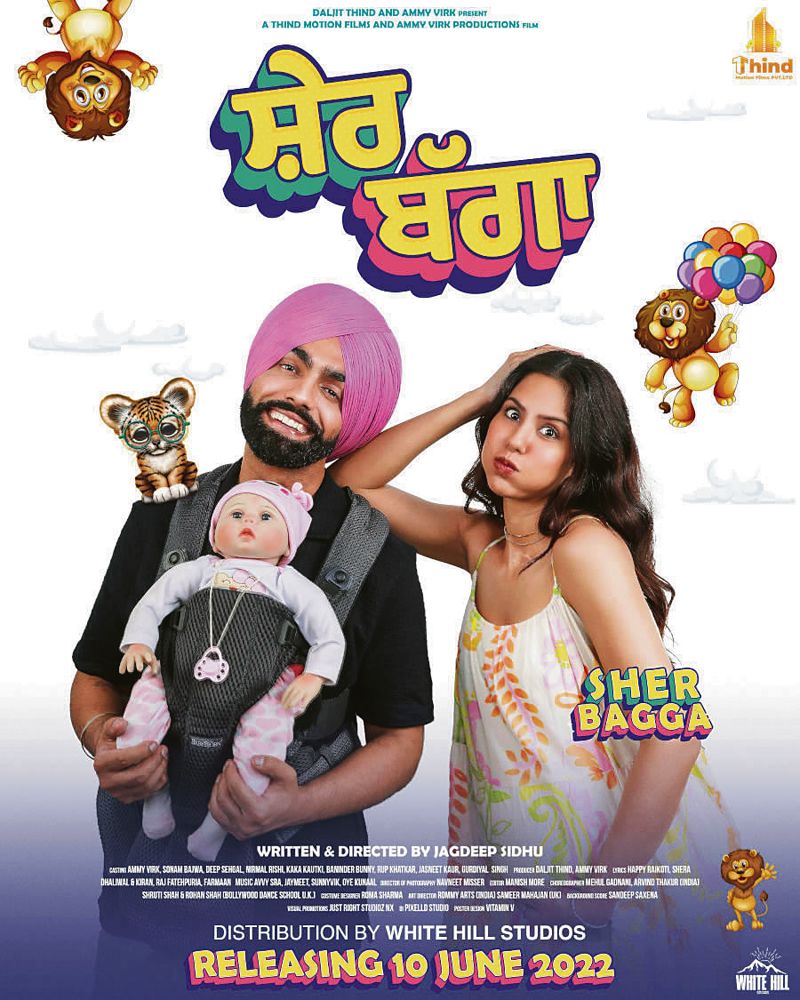 Jagdeep has even requested everyone to plant trees for Moosewala, a banyan tree and for Deep Sidhu, a neem tree on World Enviornment Day and wrote hashtag #JusticeForSidhuMoosewala. Gippy Grewal, Smeep Kang and many others stopped shooting to show solidarity with Sidhu’s family in these tough times. Meanwhile, Mahi Mera Nikka Jeha starring Pukhraj Bhalla released last Friday but the actor says he was in no mood to promote the film after Sidhu’s murder news broke out.
No more lives
Many artistes like Ammy Virk, Babbu Maan, Gurdas Maan have cancelled their live shows, while Ranjit Bawa has postponed the release of his song. Ammy said, “It’s important to grieve, pay our last respect and process the loss. Getting back to work was hard for me and for everybody, the reason why we postponed our film, live shows and other shooting schedules and travel. This shook our soul. I am mourning my fellow artiste’s demise and so is the industry. Films, songs and live shows can wait. We all want justice but also want to show solidarity with the family. They have lost their only son. We are still too shaken to tell when we would resume work. And it’s the burden we all must carry until we live.”
Singer B Praak and artiste Parmish Verma also cancelled their upcoming India tour. Parmish also shared a story and wrote, “My heartfelt apologies to people of Raipur, @bollyboomindia India tour on 4th is also postponed. Please bear with us, until further announcements.”
#sidhu moosewala
Tribune Shorts
A –
A +
What do you think? (Share your feedback)
Most Read
Don’t Miss
SUBSCRIBE TO OUR NEWSLETTER
Sidhu Moosewala murder: Close aide of main shooter arrested, Lawrance Bishnoi mastermind behind killing, say Delhi police
Siddhesh Hiraman Kamle, alias Mahakal, arrested from Pune; h…
Punjab cops sought red-corner notice against Goldy Brar just days ahead of Moosewala’s murder
Satinderjit Singh alias Goldy Brar, an active member of Lawr…
China’s infrastructure build-up near border with India in Ladakh ‘alarming’, says top US General
Indian and Chinese troops are locked in a tense border stand…

De-board passengers who refuse to wear face mask in plane: DGCA to airlines
‘Airport operators to take help of the local police and secu…
View All
No respite: Blistering heatwave continues unabated in Amritsar

Digging case: Residents return back to their damaged homes

HC takes note of delay in handing over plots by GMADA, HSVP

2 girls die in mishap in Mukerian

The Tribune, now published from Chandigarh, started publication on February 2, 1881, in Lahore (now in Pakistan). It was started by Sardar Dyal Singh Majithia, a public-spirited philanthropist, and is run by a trust comprising four eminent persons as trustees.
The Tribune, the largest selling English daily in North India, publishes news and views without any bias or prejudice of any kind. Restraint and moderation, rather than agitational language and partisanship, are the hallmarks of the paper. It is an independent newspaper in the real sense of the term.
The Tribune has two sister publications, Punjabi Tribune (in Punjabi) and Dainik Tribune (in Hindi).
Remembering Sardar Dyal Singh Majithia
Designed and Developed by: Grazitti Interactive